Fever in a Neutropenic Oncohematological Patient

A 59-year-old male with a previous diagnosis of acute myeloid leukemia developed a fever episode (T=38.0°C) and tachycardia with suspicion of sepsis.

A 59-year-old male with a previous diagnosis of acute myeloid leukemia developed a fever episode (T=38.0°C) during his hospitalization period in our Oncohematological Unit. A C-reactive protein (CRP) value of 323.41 mg/L and a procalcitonin (PCT) value of 5.00 ng/ml, together with fever and tachycardia, led clinicians to the suspicion of sepsis.

With these results clinicians were able to optimally modify antibiotic treatment: fluconazole and piperacillin/tazobactam were suspended, while meropenem and colistin were started.

Molecular testing on the isolate revealed the presence of a KPC gene variant (sequencing performed) explaining elevated meropenem and Ceftazidime/Avibactam MICs and resistance. The identification and susceptibility results were also confirmed by alternative routine laboratory methods, but the time to pathogen identification and antibiotic susceptibility requires was considerably longer (additional 5.5-13.5 hours). 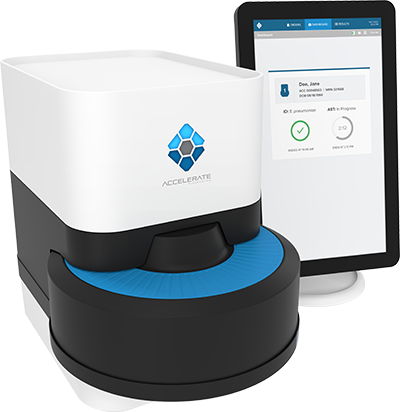